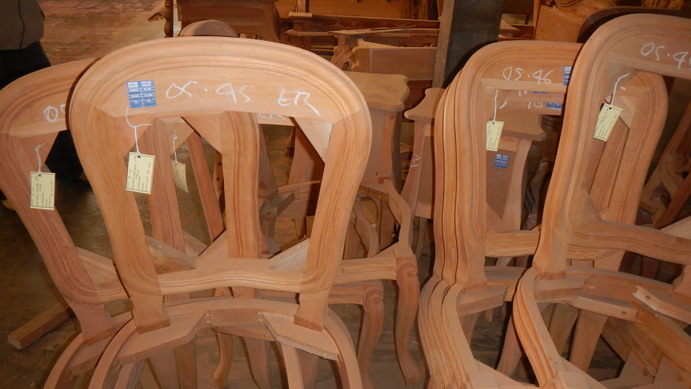 During the course of the last year, TFFs role in the Responsible Asia Forestry and Trade (RAFT) partnership has undergone some changes. The growing urgency for wood processing industries to comply with the Government of Indonesia’s Legality Verification scheme (SVLK) as part of its commitment under the European Union’s (EU) recently signed Voluntary Partnership Agreement (VPA), has created an opportunity for TFF to redirect some of its activities to assisting secondary wood processing industries to prepare for SVLK legality audits. (for a background on SVLK and Indonesia’s legality assurance system, see our April 2013 newsletter).

TFF has just completed gap assessments for eleven medium sized furniture industries located in Java and Bali to help them get ready for legality audits. The demand for this activity was the result of a memorandum of understanding between TFF and ASMINDO, the Indonesian Furniture Industry and Handicraft Association. Field activities started in November and involved two visits to eleven factories.

On one hand, the results have been encouraging as five of the industries have already engaged SVLK auditors and expect to have legality certificates in place by the end of 2013. However, this rather limited exercise has also been informative in highlighting the challenges ahead for the goals of the SVLK under the VPA agreement.

It is the intention of the EU and Indonesian parliaments to ratify the VPA and have a fully operational legality assurance system in place by early 2014, however, major delays now seem inevitable.

So far, somewhat over half of the primary industries (plywood and sawmilling industries) have already achieved their timber legality certificates but the total number of such industries is not large. It is the small to medium scale secondary manufacturing industries that pose the greatest challenge to the timeline.

Indonesia has +/-8,000 such industries which have export permits. Roughly 3,000 of these industries are members of ASMINDO while most of the others have no affiliation with industry associations. At the time of TFFs initial field work, only 1.4% of the 8,000 furniture industries had achieved their timber legality certificates.

The auditing system established by the Government of Indonesia, is proving to be complicated and unwieldy and efforts to build up the auditing capacity under the Indonesian Standards Setting body (KAN) is constrained by limited training capacity and excessive bureaucracy.

Efforts to socialize the intentions of the Government regarding the purpose, functioning, and implementation of the legality audits, has often failed to adequately inform the members of the furniture industry. TFF found that lack of understanding presented one of the most significant barriers to progress in meeting the goals of the SVLK. Another major obstacle has proven to be the complexity of regulations issued by various Ministries which have created a regulatory nightmare for small to medium size wood working industries to navigate.

The facilitation provided by TFF has been well received and industries have responded quickly once the complexity of the process has been demystified. But there is still a long way to go before the national goals of the SVLK can be realized !!